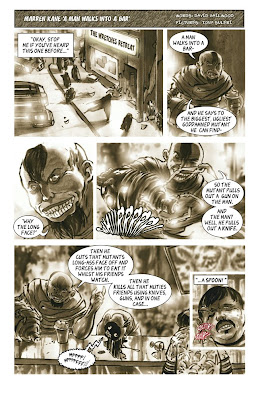 This strips a bit darker than usual, since Tony was working from a script I'd written (rather than our usual Kane method, which is for Tony to draw all the art first, then send it to me to put some words on). Still, it has Death By Spoon in it, so there's plenty of light hearted moments in there too.

Hope you enjoy the preview, and I'll post some more art from other projects later in the week.
Posted by David Hailwood at 20:32