Just before the DFC folded, I was working on quite a few projects as potential submissions. One of these was a jolly piece of pirate shennanigans that went by the title of 'The Fantabulous Adventures Of No Beard'.
Ian Alexander (or ENO as he's occassionally known) illustrated the first four episodes, all of which are two pages in length, and did a rather marvellous job.
With No Beard being a continuing adventure, we're both at a loss to think of another potential market for the strips. I've recently converted the script into a 22 pager, as part one of a potential mini-series, and might also rewrite the story as a kids novel with Ian providing illustrations.
Although Ian's going to be tied up for a while with some potential work as a Computer Game Concept Artist, we're both keen for the Beard to live again!
In the meantime, here's the first episode. 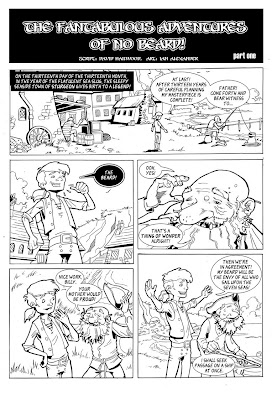 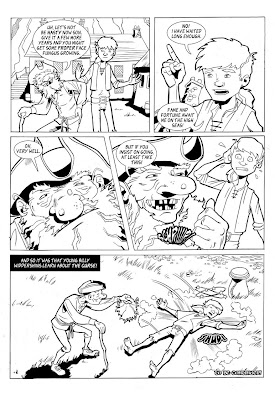