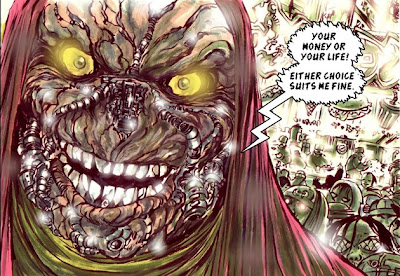 The strip was started in June last year, and had been expected to end in December with page thirty, but Tony couldn’t resist throwing in a couple of extra pages for dramatic effect. Due to various other strips Tony found himself working on (including Reaper for the upcoming issue of Futurequake), fitting the final seven pages into his schedule has been a challenge, but it’s all done now! 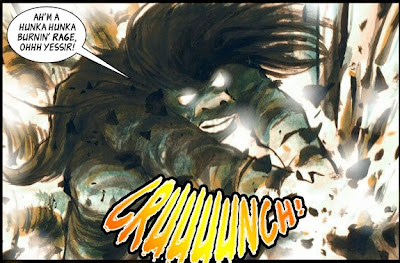 It’s been a fun strip to work on, especially since there’s no actual script and neither of us had a clue what was going to happen from one page to the next. I was quite surprised that the end result actually seems to make sense (alright, there’s a few potential plot holes lurking beneath the surface, and the occasional page that has no real bearing on the story, but I won’t go into them in case no-one’s noticed and we’ve got away with it!). 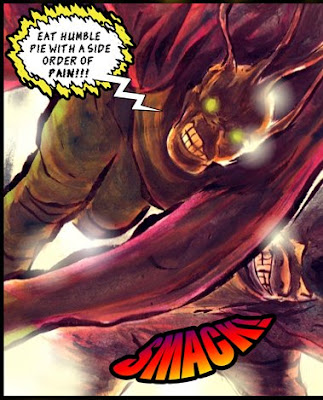 Hopefully the last seven pages will appear on the Bulletproof website soon, so keep an eye out for them. 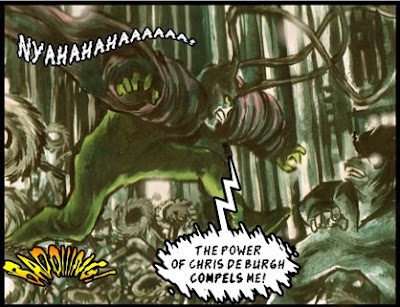 Myself and Tony are all set to embark on our next project (with the generous assistance of Stu Smith - the original creator of King Burger - as cover artist) which’ll be a lot more sizable, and although it won’t have any gun-totting monkeys or bovine Elvis impersonators in it, it’ll certainly have its fair share of kung-fu zombies.
Watch this space for more details! 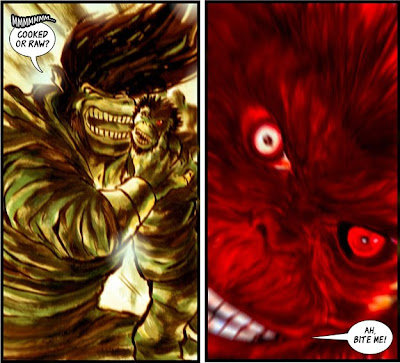