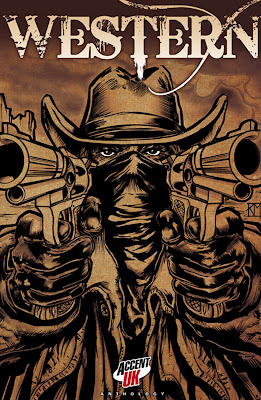 I received my contributors copy of Accent UK's latest anthology 'Western' a few weeks back and it's a terrific read. You can find my review of the comic on Down The Tubes here.
I was lucky enough to 'sneak in the back door' a get a strip in there myself this time, thanks to Paul Harrison-Davies who was in need of a script. His only specifications were that it should be six pages long, silent, three panels a page, a done in a widescreen movie style.
Having searched through my fifty or so notepads of ideas I stumbled upon one from five years back, involving a lone cowboy finding a jewel encrusted boot, only to have its owner show up clad in the other boot and seeking revenge against the thief. I adapted the idea a little (as it was intended as a TV sketch), and changed the evil one-booted cowboy to an evil one-booted cowboy zombie at the very last second (it's only a shame that I didn't manage to fit an Elvis cameo in there somewhere). 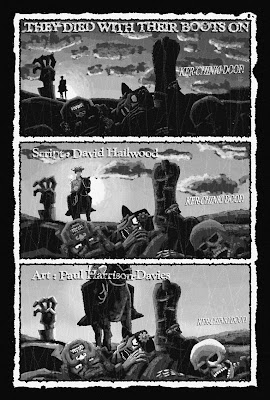 I've also got a strip scheduled to appear in Accent UK's next anthology - Predators. So look out for 'The Exterminator' by myself and Tony Suleri next year. 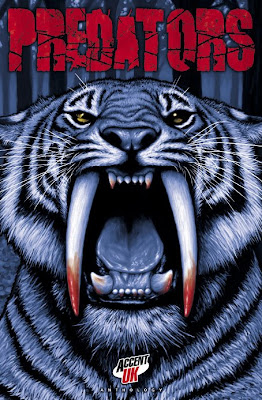 Also, look out for the upcoming Accent UK Feature in the next issue of the Temple Digital Showcase, which'll contain previews from many of their anthologies and some of Accent UK's upcoming projects. The issue should be out at the end of June.
If you're going along to the Bristol comics convention, seek out the Accent UK table and pick up one of their mighty fine comics, or order them online here.
Posted by David Hailwood at 09:10