Ian Alexander, artist of the Eat Me series for Rokcomics.com, has just started a new blog where he'll be posting various pictures from the projects he's working on. 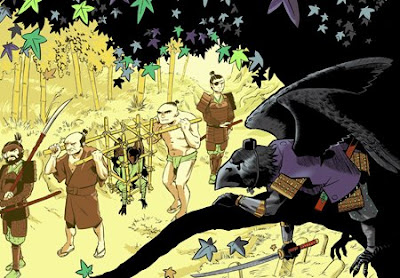 I've known Ian since he was about eleven, and have been able to watch his art style progress in the Temple APA over the years. He's certainly one to keep an eye on.

Myself and Ian have a large pirate related kids comic project in the works, which Ian's doing a fantastic job at illustrating. The challenge is finding the right comic publisher to send it to, now that the DFC has folded (as it's a continuous two page strip, rather than self contained stories). Suggestions would be welcomed!