Comics to look out for at BICS 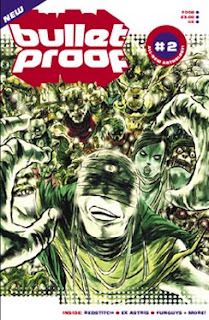 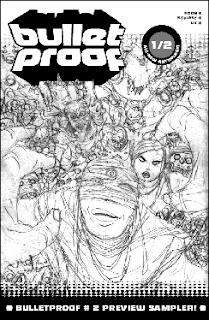 Okay, here's a few previews of some of the comics containing my work that'll hopefully be available at BICS this weekend.
You'll notice from these cover illo's that one particular creation of Tony Suleri's and mine will be featuring quite strongly; Marren Kane.
As well as a black and white strip appearing in Bulletproof 2 and a behind the scenes look at the art in Bulletproof 1/2, Matt Yeo's been kind enough to give Marren his own title. It's very much a mini-comic, being a mere 12 pages in length, and it ends on a cliffhanger which me and Tony hope to resolve once we've got a few other projects out of our way.
Anyway, seek out the Bulletproof stall (number 151) at BICS. There'll be plenty of goodies available. 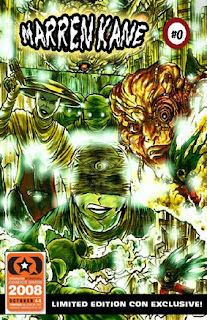 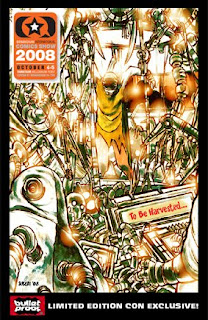